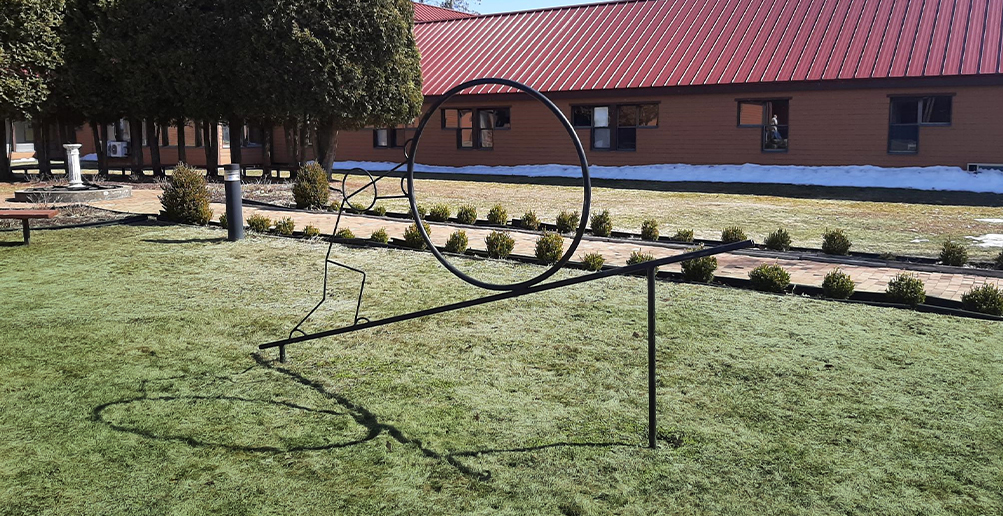 My Time at Abraxas I

It was early September 1995 when a bed opened for me to start my sentence at Abraxas I. The move was welcomed as I had just spent a long hot summer in a juvenile detention center in Delaware County Pennsylvania, and was looking forward to starting “my time” officially. I remember the long and calm six- hour drive through the heart of the state heading west, a direction that would come to mean a lot to me later in life. Our van, carrying one other client, arrived in the late afternoon with a waning summer sun browning the fields that it had beaten all summer. The facility was new, clean, and the front office reminded me of a pleasant doctor’s office or the front office of my high school where I had spent many hours waiting for punishments. I was to be in Simmelkjaer I was told, the thirty-person dorm created for those that had been convicted of selling drugs. Back then, this had no significance to me, but as I have gotten older I realize this was for the “hard” cases and for many of us, would be our last stop before prison or death.

The adjustment was hard. Those first few weeks you are stripped down from all you are on the streets. My long hair was cut, (looking back that was a good fashion move,) my music taken away, and all contact to the outside world cutoff. I was angry, angry at everyone except myself. The person I was angry at the most was my mom for helping put me here. Many of my family were angry at her too and looking back, now as an adult, I see what a hard and lonely decision it must had been for her but how that decision ultimately would be the one that saved my life.

I had always been introspective but now I was being forced to really look at myself and my life. Abraxas offered an array of ways to dig deeply into who I was and who I wanted to be as a man, without any distractions from the outside world. As summer exploded into the oranges and yellows of autumn I began to accept my “time.” I began seeing clearly, setting goals, and I began searching for ways to accomplish them. The counselors and staff were good sounding boards and helped direct my mind into changing some of the thinking that I had learned on the streets. It was hard, don’t let me have you believe it was not. There was discipline, structure, rules and penalties. All things I never had, as my mom was a single parent raising three children, a full time Philadelphia school district teacher, and dealing with Multiple Sclerosis. There were many nights when fear, anger, isolation and regret shared my pillow with me.

We had some good times though, and our dorm slowly formed a bond akin to what I would imagine soldiers feel. Walks on a snowy night after the little honey colored lights came on back up to the kitchen for kitchen cleanup. The guys in my dorm splitting the radio time with me 50/50 as I was the only one that didn’t listen to rap. Field trips to outlying schools where would caution kids our age about the loneliness of incarceration. Family came for visits, shocked by my short hair and filled out healthy face and body. No drugs, no alcohol, substance freedom. My grandfather would send me boxes of books that I would greedily devour whenever I had free time and which I still have adorning the bookshelves at my home now. It was a long cold winter. The sadness I felt, and the sadness I heard my brothers express on Thanksgiving, Christmas and birthdays was something I promised I would never experience again. I was changing. I began to realize what truly mattered. I was a fool to think that how I was living was really even living at all.

I had applied to colleges and that spring I had started to receive my acceptance letters. Like the first blooms at the end of winter these big packets filled with smiling co-eds were the first sign that I would not be here forever, that there was an end to my “time.” After spending several weeks in the transitional housing I was discharged in May and made it home just in time to graduate with my high school class thanks to the teachers and my counselor at Abraxas who had made sure all my credits would transfer. Philadelphia loves a good underdog story and when I took the stage to collect my diploma I received a standing ovation from the students and parents. They had all seen the transformation from the angry, troubled youth to the shaky but standing boy that had made it home.

My old gang didn’t welcome me back. In fact, the leader Austin, my best friend and closest person to a father I had, was adamant that I stay away from them until the end of the summer when he, along with two other guys moved me up to Penn State. Heroin had come to our neighborhood when I was gone and Austin had warned everyone that if it was even talked about near me they would have to answer to him. From there I flew, four years at Penn State and then heading west again to California in September of 2001. I have settled here, carved out a career, fallen in love and am currently expecting my first baby. My time at Abraxas made me understand freedom and since I have left I have traveled to 42 countries and seen many parts of the world and the people that inhabit them. I always link my respect for freedom and movement to that winter of 95/96 when all had been taken from me and I was forced to learn about myself, my past, actions and consequences.

In the summer of 2017 I was attending a wedding down in the Bahamas. It was mid-afternoon and my wife and I were enjoying a mid-day nap in the cool air conditioned room. The green and turquoise water was spread as far as the eye could see 15 stories below us, the sun was hot. I received a call from a friend back east which I put to voicemail. I was relaxing. Then another one came through and I had a feeling in my chest. I answered. “Crowley,” a voice said from the other side. I had heard this tone many times in the 17 years since I had left the east, “Austin is dead.” Out of the ten of us that ran together, there were only five us left and now Austin, my best friend, protector, brother, gone, never able to get out of the life. I was devastated but relieved he no longer suffered. Sometimes I feel a guilt. Like Austin knew he only had the strength for one of us to get out of the neighborhood and he pushed me free before the walls collapsed. His ashes, sent to me by his older brother, sit on my bookshelf in my bedroom. The plan was to spread him into the wind off the cliffs of Palos Verdes overlooking the Pacific but I haven’t quite been able to let him go yet.

Sisyphus, a figure in Greek mythology who plays a central role at Abraxas is something that has always stuck with me. He is tasked with pushing a huge boulder up a mountain everyday only to have to start anew the next. Whether it be drug addiction, addiction to money or street life, or just the everyday highs and lows of real life, we will all have to push our rock. Abraxas taught me that life is hard enough, and that your actions and ways of thinking are the only thing you are completely in control of. This is a lesson we should all know. Whether you are a client, a parent or a PO reading this, I’d like you to know that my nine months at Abraxas saved my life. The staff was stern but kind. They care and want to help those who want to be helped. I have carried many of my lessons from that year through all of my successes and setbacks and I believe my experience helped shape who I am. My mom, now 74, suffering from not only MS but early on set dementia, has a joke with me when I tell her she’s driving me crazy. She always refers to my years running the streets and when I was “locked up,” and tells me it is pay back for when I drove her crazy.

Good luck to all out there who are struggling or watching a loved one struggle. Believe in yourself and never give up.